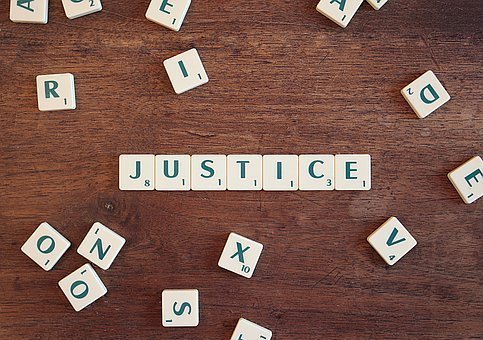 which shines in the present darkness

will fill the earth

Our world belongs to you.

- Our World Belongs to God (Article 6)

Protests in Nigeria after arrests for ‘blasphemy’ killing of female student

Hundreds of people in Nigeria’s north-western city of Sokoto demonstrated on Saturday over the arrest of two students after the murder of a Christian student accused of blasphemy, residents said. Deborah Samuel, a student at Shehu Shagari college of education, was stoned to death on Thursday and her body burned by a mob of Muslim students of the college after she made a post on social media they deemed insulted the prophet Muhammad. Police said they made two arrests after the incident and had begun a manhunt for other suspects who appeared in footage of the murder shared on social media. Early on Saturday, Muslim youths took to the streets of the city, lighting bonfires and demanding the release of the two suspects, despite the earlier deployment of police to maintain order, residents said.

God, we are horrified at the violence that erupted in Sokoto, taking the life of a student. We pray for justice, O God, for Deborah and for the perpetrators of this horrific crime to be brought into custody. Help, Lord, ensure this violence between Christians and Muslims stops.

Canada will face 'lethal heat' in a few decades, study says   A new study from the Intact Centre on Climate Adaptation, a research facility at the University of Waterloo, projects a roasty future in Canadian cities as temperatures continue to rise. Canada is warming (on average) at twice the global rate, researchers state. The researchers are quite specific about areas at risk:  “Low-lying areas from the West Coast to the Rocky Mountains (British Columbia), the Prairies bordering the United States (southern Alberta, Saskatchewan, and Manitoba) and north of Lake Erie through the St. Lawrence River Valley (southern Ontario and Quebec).” Toronto can expect very hot days — over 30C — to increase from a dozen each summer to more than 50 by 2051. The further south you go in Ontario, the worse it gets, with Hamilton and the Niagara region sweltering in life-threatening temperatures, and Windsor set to be on the receiving end of almost 80 days a year of temperatures higher than 30C. Extreme heat is already causing premature deaths in Canada. During a heat wave last summer in British Columbia, 526 people died as a result of extreme heat in the last five days of June.

Let this be the news that inspires a home, fires up a community, mobilizes a city, and catalyzes the energy of a nation. Let this, O Lord, be the warning sign that isn’t ignored or drowned out or denied. Let this, God, be our rallying cry.

A gunman embracing a white supremacist ideology opened fire on Sunday afternoon at a supermarket in a predominantly Black neighborhood of Buffalo, killing 10 people and wounding three more. The mass shooting was the deadliest in the United States this year. ​​The suspect, Payton S. Gendron, 18, had driven more than 200 miles to stage the attack, and he livestreamed it as he fired at shoppers and store employees. He was arrested at the store and pleaded not guilty in a brief court appearance. Around the same time, a manifesto attributed to him appeared online, repeatedly invoking the racist idea that white Americans were at risk of being replaced by people of color. The view is known as “replacement theory” and was once linked to the far-right fringe, but it has become increasingly mainstream.