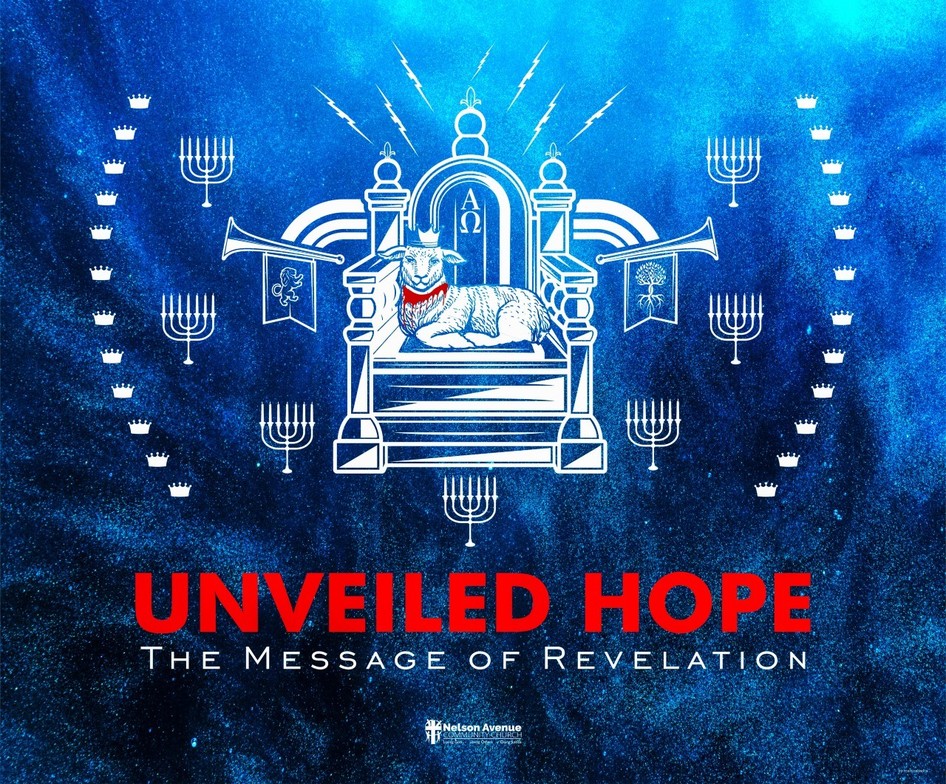 The following notes from Revelation 8-9 are taken from the Faithlife Study Bilbe.

NOTE: before reading the following, it is best to read through (out loud, if possible) Revelation 8-9.

8:1–5 After the interlude of ch. 7, the seventh seal is opened and seven angels receive seven trumpets that signal a further round of judgments when blown (vv. 1–2). But first, another angel takes a censer, symbolizing the prayers of God’s people, and hurls it to the earth (vv. 3–5).

While the relationship between silence and God’s judgment is well established in the OT, here it may serve as a brief pause on behalf of the saints on earth prior to the unleashing of the trumpet judgments (as supported by the proximity of v. 1 to the disjointed activities of vv. 3–5). This break would allow God to hear the prayers of the saints (v. 4). Since the first four trumpets will affect the church (the final three are against wicked humanity), the saints may be those mentioned in 6:9–11. Their prayers may be on behalf of those facing the intense tribulation (see 6:11 and note). Ultimately, the silence signals the next wave of God’s wrath while giving Him the opportunity to hear from His people prior to its inception.

8:2 seven trumpets Instruments of battle (e.g., Josh 6:5). When blown by the angels, these trumpets initiate the next seven judgments.

incense Incense is also identified with prayers in Rev 5:8.

the golden altar Perhaps the same altar as 6:9.

8:5 threw it to the earth Initiates judgment in response to the prayers of the saints—probably those recorded in Rev 6:10.

thunders and sounds and lightnings and an earthquake This formula, first mentioned in 4:5, is used again in 11:19 and 16:18. The latter three usages follow a set of judgments (the seals, trumpets, and bowls).

8:6–13 The next wave of judgments begins; four of the seven trumpets are blown in this section. The attacks, which come against nature and the cosmos, are intended to lead sinful humanity to repentance, not totally destroy them.

8:6 in order to blow them Describes the commencement of judgment. John’s imagery recalls several of the plagues from the book of Exodus.

thrown to the earth The same language is used of the fiery coals in Rev 8:5.

a third of the trees In the exodus account, hail shattered the trees of the field.

all the green grass was burned up Probably inclusive of all great vegetation, as in the exodus story which says “all the plants of the field.”

8:8 something like a great mountain burning with fire John may be speaking of a volcano or meteors. Jews viewed the unexpected eruption of Mount Vesuvius (AD 79) as divine punishment on Rome for the events of AD 70—when Titus entered Jerusalem, sacked the city, destroyed the temple, and killed many people. According to Jewish legend, God caused Vesuvius to erupt in recompense, destroying the Roman cities of Pompeii and Herculaneum, which were in Titus’ jurisdiction.

a third of the sea became blood Corresponds to Exod 7:20–25. The water may have become blood red due to the fiery mountain.

a third of the ships were destroyed Those in the area of the blood sea.

8:10 great star burning like a torch Perhaps a meteor.

rivers and on the springs of water Corresponds to Exod 7:20–25. Whereas the previous judgment was against salt water, this judgment is against fresh water.

8:11 Wormwood A leafy plant that causes water to become bitter. Though wormwood is not poisonous, it can be combined with other elements that are (e.g., Deut 29:18, where “poisonous and bitter fruit” is actually “gall and wormwood”; Lam 3:19). The object from the sky makes the waters bitter.

8:13 to those who live on the earth In Revelation this phrase refers to unbelievers, not all earth’s inhabitants (compare Rev 3:10; 6:10; 11:10; 13:8). Whereas the first four trumpets affected everyone (or at least those in one-third of the earth), the final three are only for unbelievers. The seal mentioned in 7:3 protects the remaining believers from the demonic oppression of the final three trumpets (see 9:4).

9:1–12 The blowing of the fifth trumpet, also called the first woe (v. 12), is recorded in vv. 1–12. John describes terrifying locusts unleashed upon the unrepentant oppressors for five months. As with the horses in the latter half of the chapter, the descriptions are meant to terrify and alarm the unrepentant. The imagery describing these creatures is borrowed from various portions of the Hebrew Bible.

9:1 fallen from heaven to the earth Stars are sometimes associated with angels (1:20). This figure may be the angel in v. 11 who is given charge over the abyss. The concept of a fallen star may suggest that the figure is Satan or one of his fallen angels (compare Luke 10:18; Rev 12:9).

the abyss Where demons and fallen angels were thought to be kept—the underworld (see 2 Pet 2:4 and note; Jude 6; compare the ancient Jewish work of 1 Enoch 90:22–27).

9:2 smoke went up from the shaft May reflect the notion of the underworld as a place of burning and judgment (e.g., Mark 9:47–48). Smoke could also be figurative, describing the appearance of the locusts hurrying out of the abyss.

power was given to them They have been commissioned as agents of judgment and wrath—possibly referring to their ability to inflict pain (see Rev 9:5, 10).

9:4 the grass of the earth The normal food of locusts. This deviation in diet may suggest that the creatures in view here are not actual locusts (see note on v. 3).

the seal of God on their foreheads See 7:2 and note.

9:5 it was granted to them The passive voice indicates that their authority to act comes from someone else (God).

five months The lifespan of locusts, which hatch in the springtime and die near the end of summer.

like the torment of a scorpion Reactions to scorpion stings include deep, severe, widespread pain, swelling, sensations of restricted breathing, and paresthesia, a tingling sensation on the skin.

9:6 in those days Refers to the five-month period of torture and suffering.

people will seek death Repeated in the following clause for emphasis. The pain will be so great that they will prefer death, but the stings will not be fatal (v. 5). Compare Jer 8:3.

Apollyon Means “destroyer.” This may indicate a connection to the Greek god Apollo, for whom the locust was often used as a symbol. Domitian—who may have been the emperor at the time Revelation was written—thought of himself as Apollo incarnate. Thus, this may be John’s way of presenting worship of the emperor as evil and demonic.

9:13–21 The sixth trumpet releases another four angels tasked with killing a third of the remaining population. They bring an army of 200 million to assist in the slaughter. The outlook is bleak for those who oppressed the people of God (see Rev 6:2 and note; 6:9–10).

9:13 one voice Perhaps one of the martyrs under the altar or the angel with the censer (see 6:9–11; 8:3–5). In either case, the sixth trumpet is presented as a response to the prayers of the saints.

9:14 four angels Not the same four angels as those mentioned in 6:2–8 or 7:1. Many angels appear throughout the book, often in the same quantity (four, seven, etc.).

Euphrates The easternmost border of the Roman Empire. The Euphrates protected the Romans from their eastern enemy, the Parthians.

9:15 had been prepared They were made and appointed for a specific task at a specific time.

they should kill a third of humanity This portion is in addition to the one-fourth already killed by Death and Hades in 6:8. The effects of the judgments are intensifying.

9:18 By these three plagues The fire, smoke, and sulfur had a plague-like effect, killing the one-third mentioned in v. 15.

9:20 did not repent Despite clear demonstrations of God’s power, prolonged anguish (five months), and otherworldly attacks, they still would not turn to God, give Him glory, and repent of their idolatry.

9:21 they did not repent The four deeds in this list are associated with pagan religious practices (compare Wisdom of Solomon 12:3–6).