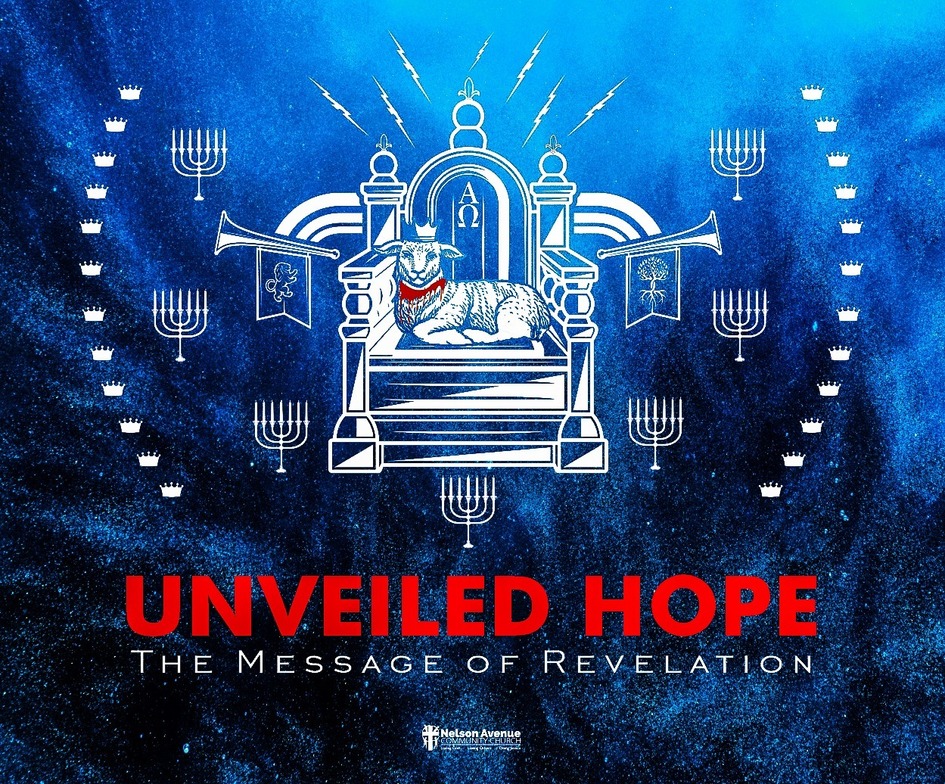 We cannot get to all the details of Revelation chapter 7 this coming Sunday (April 11). Instead for this week's message we will focus on one particular theme found in Revelation 7.

To help us gain some access to this chapter here are some notes on the chapter in general and some of the details in the chapter.

Overall: ·    Revelation chapter 7 answers the question presented in 6:17 of who is able to stand before God and the Lamb, Jesus. The answer immediately follows: the whole host of the redeemed [Faithlife Study Bible]

·    Chapter 7: Angels prevent the evil forces from commending their destructive activity on earth until believers are given spiritual protection against losing their faith. Rev. 7:1–8 explains how believers are sealed so that they can persevere through the first four tribulations enumerated in ch. 6. The vision in 7:9–17 reveals the heavenly reward for those who do persevere. It amplifies the brief picture of the saints in 6:9–11, who have finally entered into God’s presence, after having successfully completed their course of suffering (see esp. 7:13–15). 7:9–17 also describes the kind of rest that the exalted saints were told to enjoy (6:11) “until the number of their fellow servants” who must endure yet further sufferings “should be completed.” This section also expands on when and how God will begin to vindicate Christians from the wrong verdict rendered against them by the world, a theme likewise introduced in 6:9–11. Saints who suffer in the tribulation are encouraged to persevere as they reflect on the divine protection they have through God’s sealing of them and as they recall the promise of their future heavenly reward [The Book Of Revelation, G.K. Beale]

7:1 “four corners of the earth”: The whole world is represented by the four points of the compass [Faithlife Study Bible, “FLSB”].

7:4 “one hundred forty-four thousand” There are differing views about the identity of the 144,000: They may be ethnic Jews who will become Christians and be kept from martyrdom during the seven-year tribulation period—a view usually taken by futurist readings of the book (see note on Rev 1:19). Alternatively, the number may figuratively represent the complete number of the redeemed—12 [Old Testament, 12 tribes of Israel] multiplied by 12 [New Testament, 12 disciples] multiplied by 1,000. This calculation derives from multiplying the tribes of Israel (21:12) by the apostles (21:14) by the number of completeness or perfection (20:4). [FLSB] The figurative / symbolic approach is the preferred way to read 144,000.

7:9 “with palm branches”: Indicative of victory in royal and military processions, as demonstrated by its connection with white robes and salvation or victory in v. 10. Compare Jesus’ entry into Jerusalem (e.g., Mark 11:8). [FLSB]

7:14 “the great tribulation”: May refer generally to a time of intense persecution, a final period of persecution that will immediately precede the end of the age, or the total amount of persecution between Christ’s ascension and return [FLSB]

Jan 9
The Gifts of the Magi