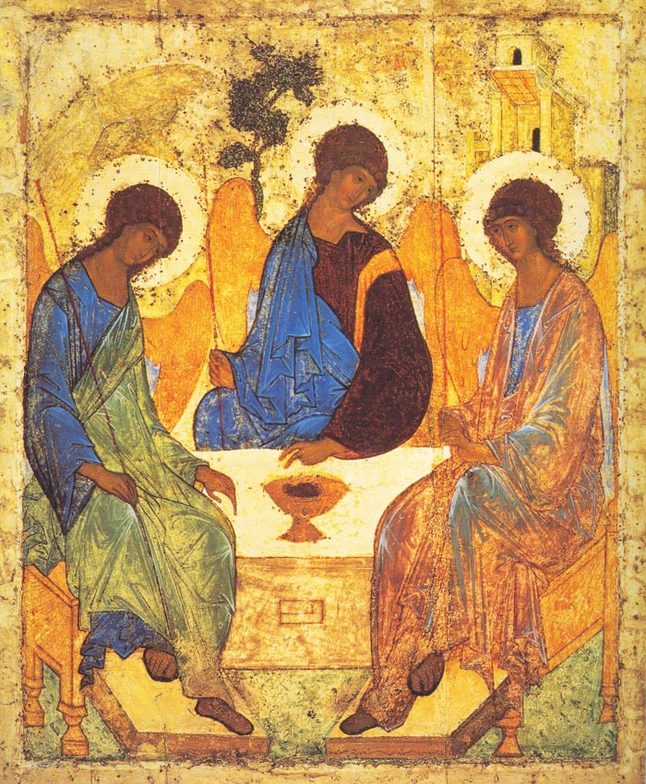 Another quote about the Trinity, from CS Lewis:

All sorts of people are fond of repeating the Christian statement that ‘God is love’. But they seem not to notice that the words ‘God is love’ have no real meaning unless God contains at least two Persons. Love is something that one person has for another person. If God was a single person, then before the world was made, He was not love. Of course, what these people mean when they say that God is love is often something quite different: they really mean ‘Love is God’. They really mean that our feelings of love, however and wherever they arise, and whatever results they produce, are to be treated with great respect. Perhaps they are: but that is something quite different from what Christians mean by the statement ‘God is love’. They believe that the living, dynamic activity of love has been going on in God forever and has created everything else.

And that, by the way, is perhaps the most important difference between Christianity and all other religions: that in Christianity God is not a static thing—not even a person—but a dynamic, pulsating activity, a life, almost a kind of drama. Almost, if you will not think me irreverent, a kind of dance. The union between the Father and the Son is such a live concrete thing that this union itself is also a Person. I know this is almost inconceivable, but look at it thus. You know that among human beings, when they get together in a family, or a club, or a trade union, people talk about the ‘spirit’ of that family, or club, or trade union. They talk about its ‘spirit’ because the individual members, when they are together, do really develop particular ways of talking and behaving which they would not have if they were apart. It is as if a sort of communal personality came into existence. Of course, it is not a real person: it is only rather like a person. But that is just one of the differences between God and us. What grows out of the joint life of the Father and Son is a real Person, is in fact the Third of the three Persons who are God.

This third Person is called, in technical language, the Holy Ghost or the ‘spirit’ of God. Do not be worried or surprised if you find it (or Him) rather vaguer or more shadowy in your mind than the other two. I think there is a reason why that must be so. In the Christian life you are not usually looking at Him. He is always acting through you. If you think of the Father as something ‘out there’, in front of you, and of the Son as someone standing at your side, helping you to pray, trying to turn you into another son, then you have to think of the third Person as something inside you, or behind you. Perhaps some people might find it easier to begin with the third Person and work backwards. God is love, and that love works through men—especially through the whole community of Christians. But this spirit of love is, from all eternity, a love going on between the Father and the Son.